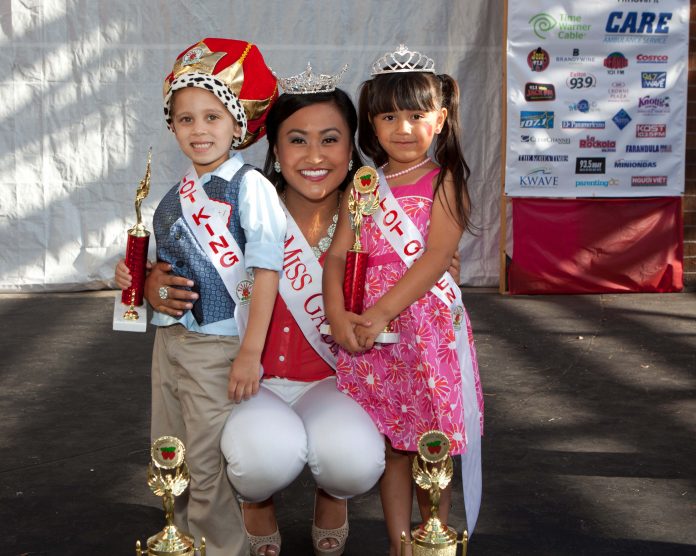 Trophies were presented by Miss Outstanding Teen Karina Valdez, Miss Garden Grove Missy Mendoza and others in her court.  Trophies were awarded in multiple categories for each contest.

The four contests are held annually as part of the Garden Grove Strawberry Festival.  Contestants register an hour or more before the contests begin and winners are chosen by a panel festival board members and local citizens.  Each winner received a trophy.