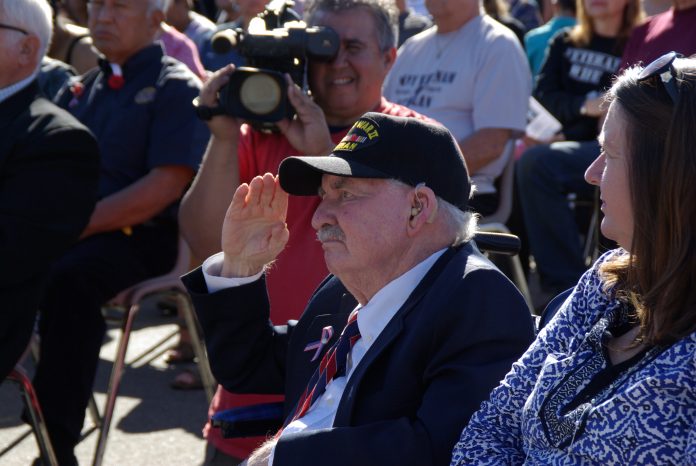 The City of Stanton held a Veterans Day ceremony at Veteran’s Park this morning (Monday, Nov. 11).

It was a an event to celebrate veterans but also mourn the passing of Stanton-ite Ed Royce, a World War II veteran who died on Oct. 16 at the age of 94.

Royce served as a PFC in the United States Army as a forward-advance observer. He was a leader of the Resistance Movement in France who kept communication with allied troops, enabling the military to combat the enemy.