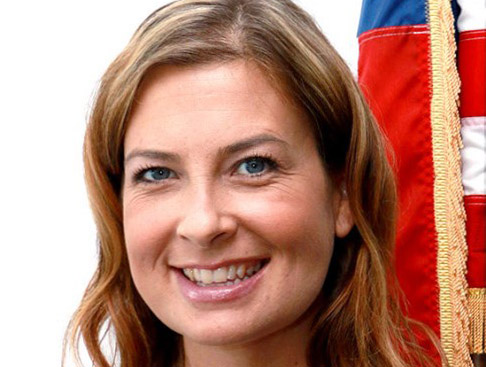 BY BRADY RHOADES: The cities of Westminster and Garden Grove continue grieving the loss of Amanda Jensen, who was shot to death by her ex-boyfriend in his Seal Beach apartment last week, authorities said.

Jensen, 37 and a mother of three, was the city clerk for Westminster and a resident of Garden Grove.

BY BRADY RHOADES: The cities of Westminster and Garden Grove continue grieving the loss of Amanda Jensen, who was shot to death by her ex-boyfriend in his Seal Beach apartment last week, authorities said.

Jensen, 37 and a mother of three, was the city clerk for Westminster and a resident of Garden Grove.

"I'm very, very saddened about Amanda's death," said Westminster City Councilwoman Margie Rice. "It's very personal to me. She was my friend. We worked together for 11 years. She was always smiling and always ready to help anyone. When I got the news, I just kind of fell apart, to tell the truth, because she was such a fine young lady. It's a great loss to the city, a great loss to the families. My heart just breaks for her parents and her."

“The last council meeting was really emotional,” said Mayor Tri Ta. “This is a big loss for our city. She was a wonderful person, she was caring, and she was professional.”

She always had a smile on her face,” said Rose Robbins, a Garden Grove resident who used to see Jensen around town. “She was so lively. I’m speechless.”

Authorities stated that Jensen was killed by Los Alamitos Police Captain Rick Moore, 49, while visiting him at his apartment in Seal Beach on July 16.

A SWAT team — with the help of Westminster police and other agencies — surrounded the complex for hours in what was considered a “barricade situation.” Eventually, they went in, and found two dead bodies on July 17.

Investigators said Jensen and Moore had a volatile relationship.

Police were called to Jensen’s Garden Grove home three times from September, 2016 to June 3 of this year, each time for domestic disputes. Twice, Jensen told police that Moore had struck her. The June 3 incident was investigated by the DA.

It turned into a “She said, he said” case, authorities said, and there was not enough evidence to pursue charges.

About a year earlier, the DA investigated after Westminster police received an anonymous letter asking them to investigate Moore for domestic abuse.

The DA interviewed Moore and Jensen. Jensen stated that Moore had never assaulted her, authorities said.

She worked at Westminster City Hall for 11 years. In her off time, she was a troop leader for the Girl Scouts of Orange County and served as event chair for the American Cancer Society’s Relay for Life event in Garden Grove.

Friends and family have set up a GoFundMe page for Jensen’s children (www.gofundme.com/amanda-jensen).

On the page, they state, “A terrible tragedy has hit the family of Amanda Jensen as her life was so abruptly taken. She was a loving mother leaving behind three amazing children Dylan, Hannah and Emma. She had a huge heart, a strong spirit, and a smile and laugh that could light a room. Devoted to her job and family, she will be missed beyond words could describe. This tragedy has hit the children, her family, friends and the community hard. Due to the overwhelming support of community this page was created on behalf of her and in support of her children. We appreciate the support of everyone. All funds are to go to children and in their support for living expenses, college, medical bills, and overall future. Funeral services will be posted at a later time.”