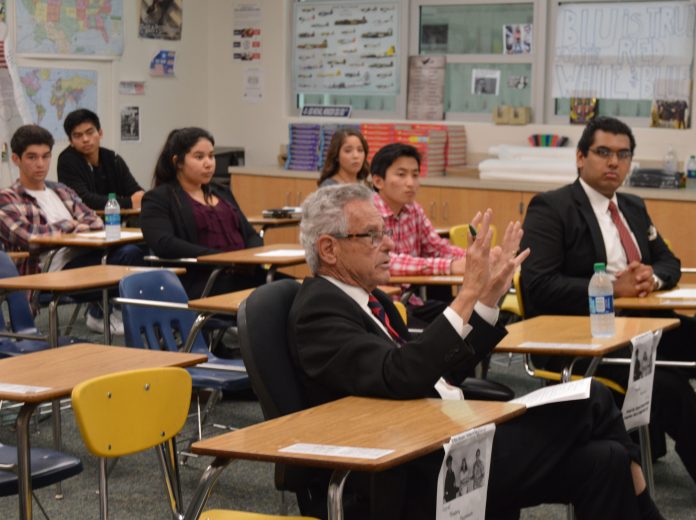 Area Congressman Alan Lowenthal visited Pacifica and Garden Grove high schools last week in an effort to give students a chance to ask questions and gain insight into the legislative process.

Lowenthal visited a senior class assembly at Pacifica High, where he discussed details about having served in Congress and current policies being debated in Washington.

Area Congressman Alan Lowenthal visited Pacifica and Garden Grove high schools last week in an effort to give students a chance to ask questions and gain insight into the legislative process.

Lowenthal visited a senior class assembly at Pacifica High, where he discussed details about having served in Congress and current policies being debated in Washington.

All of the seniors were asked to write a question they wanted to ask the Congressman, then those questions were pared down to the most eloquently written, with eight students being selected.

"California is different than any other state in the nation,” Lowenthal told students. “We are ethnically different and… in terms of protection of the environment. We are an inclusive state.

Lowenthal said the country is going through interesting times.

”Before this last election, people didn't get involved as much. I used to hold a town hall meeting with maybe 100 people but recently in Los Alamitos, 1,000 people showed up… In Congress, the Obamacare bill was replaced with a bill that I didn't agree with and didn't vote for.”

"We have to regulate the insurance industry so that every plan protects everyone.”

Lowenthal said affordable care should provide essential services for everyone but that the proposed healthcare bill has left it up to each state to decide on hospitalization and mental health care and if people want to join.

“Obamacare went according to what a person earned; the new one takes away that guarantee and many people will lose their healthcare. Now it will be up to Trumpcare and the Senate.”

Lowenthal expressed concern about Scott Pruitt and the EPA.

"Oklahoma is one of the largest oil-producing states and Scott Pruitt, from Oklahoma, who was recently chosen as attorney general, wanted to dismantle the EPA," said Lowenthal, going on to say that last year, nations got together and agreed on reducing their carbon footprint by changing energy and getting cleaner-burning fuel.

On North Korea, Lowenthal said, “Their leader is dedicated to building a missile that will reach the U.S. and North Korea's neighbors are very concerned that he could cause problems for South Korea and China.”

Lowenthal said we should put sanctions on North Korea

”So far, everyone is on board with the United States and its allies," he said.

Lowenthal said China is not the U.S.’ ally right now and that China helped North Korea to have materials to make missiles.

"We need to look at how to get China to work with us and that's very risky because China also has its own agenda."

On helping women in college, Lowenthal said they Congress has made Pell Grants available, interest rates on loans have been lowered and there are more scholarships offered.

On human rights Lowenthal said,  “I want full equality rights to become more democratic and am a co-sponsor of the Equality Act. We have nations in the world where people can be put in jail for being LBGT.”

While waiting for Lowenthal to arrive at Pacifica, social sciences teacher Leslie Ross had a bag of treats she handed out to students who could correctly answer trivia questions, which included:

—What are the three requirements to becoming an elected representative?

—How long has Mr. Lowenthal represented the 47th District?

—Where did Congressman Lowenthal grow up?

—The attorney general is the head of which governmental department?

—Who had the longest tenure as a U.S. president?

There were plenty of answers, with the sweet treats going to the most knowledgeable students.

"Congressman Lowenthal works for the betterment of all people and communities and understands the give-and-take necessary to achieve results, while serving people of California and the nation," said Patterson.

"He has worked hard to make the California college system more accessible to all students and focused on increasing transfer and graduation rates from community colleges, as these are things that directly affect students as they complete their work at Pacifica," Patterson said.

At Garden Grove High, Lowenthal met with a select group of civics students who had submitted legislative proposals to the Congressman as part of a bill-writing competition.

Lowenthal provided feedback on writing a bill, and the process in securing passage.

“We are grateful that the Congressman took time to visit our students and provide them first-hand knowledge about government that cannot be found in a textbook,” said Board of Education member Dina Nguyen. “GGUSD has a robust civics education program and our students are always eager to learn more about the inner-workings of Washington.” 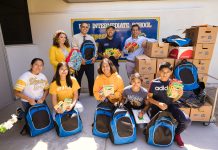 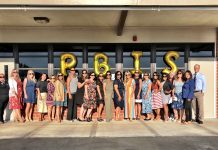 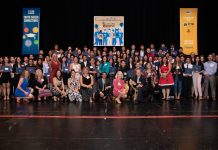