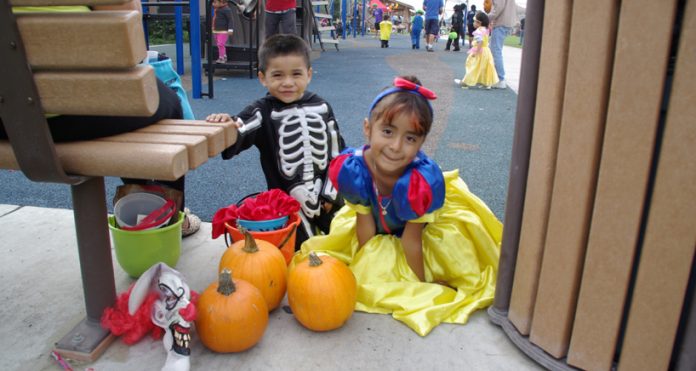 “Halloween Fun with Family and Friends” is always such a fun, festive and well-planned event held at Stanton Park by the city and the Stanton Community Foundation.

“Halloween Fun with Family and Friends” is always such a fun, festive and well-planned event held at Stanton Park by the city and the Stanton Community Foundation.

All children had to do was show up in costume with their families and bring their own trick-or-treat bag.

“The event was open to ghosts and goblins of all ages and featured game booths, DJ entertainment, costume contests, non-profit food booths, a cake walk, face painting and a craft station,” said Parks and Recreation Services Manager Julie Roman. “The event is always free to attend, with non-profit food booths charging a small fee for the food and beverages.”

There were 15 free game booths, three non-profit food booths based out of Stanton Community Services Center (CEA) – St. Polycarp Catholic School, the Lions Club of Stanton and the Community Committee manned them – and a cake walk sponsored by the Boys and Girls Club of Stanton, free face painting and a craft station sponsored by Stanton Home Depot.

The Stanton Lions Club was on hand to furnish popcorn, chocolate chip cookies, cupcakes and other treats such as chocolate-covered pretzels. The Lions also had an opportunity basket containing cash and gifts, for which they were selling tickets.

Carver Elementary School was on hand with Kosher pickles and other snacks; the Stanton Chamber of Commerce Women's Division had a “Celebrate Autumn in Style” basket, for which they were also selling tickets and the Stanton Community Action Council had a booth, as well.

Lots of cute and fun games were organized by volunteers; there were many adorable and imaginative costumes adding to the flavor of the Halloween fun, accompanied by Halloween music by the DJ.

One of the games was “Pumpkin Swallow Scream”; another was “Witches, Ghost and Bat Toss.” Also, there was “Head in the Basket,” sponsored by state Assembly contender Young Kim and Livingstone Community Development Corporation (CDC).

It seems as though everyone had a howling good time. 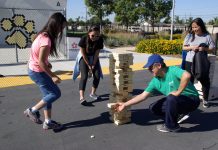 ‘He sowed his seeds of grace so gently’