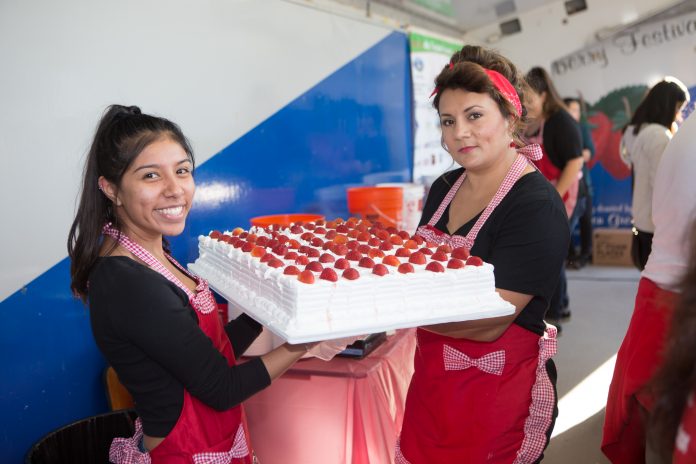 Those who want a gentler experience can board any of the nine major rides such as the Tilt-A-Whirl, Starship 3000, Kite Flyer, Eagle 16, Wacky Worm, Mardi-Gras, Scrambler, Zombie Carnival and the Giant Slide.

Special one-price ride-all-day wristbands will be offered for all festival days at $30 per wristband on Friday and $35 each on Saturday, Sunday and Monday.  Tickets for individual rides can also be purchased separately at $1 per ticket.

Local civic groups and non-profit organizations — including athletic booster clubs, Boy and Girl Scout troops, churches and schools—will be setting up game booths to raise money.  They will challenge players’ skills with a wide range of toss games.

Friday afternoon in the amphitheater the festival will hold its annual Tiny Tots King and Queen Contest.  The cute little crowned winners will be honored with a ride in the Saturday morning parade.  In the afternoon following the parade this venue will host the famous Ochoa Boyz Band which has been touring across America, performing at hundreds of concerts.

In addition to writing and co-producing their own music and music videos, they are all working actors on television and the big screen. Ryan Ochoa was featured in the hit shows Nickelodeon’s iCarly and Disney XD’s Pair of Kings. Raymond Ochoa voices Arlo in Disney/Pixar’s movie, The Good Dinosaur, and Robert Ochoa is in the latest season of Shameless on HBO.

The Amphitheater is also where festival-goers can find the Berry, Berry Beautiful Baby Contest, the Redhead Roundup and the Strawberry Idol Karaoke Contest, as well as a performance by the Foundations Dance Company.

The line-up of live entertainment performing on the Showmobile stage features local top performers such as Frenzy, a “Metro-Retro” band playing renditions of hits from the 60’s to the present,  plus The  Rockin’ Neptunes, who recapture old and new Rock ‘n Roll and country music.  Festival-goers can dance to the bluesy tunes of Dudes Got Blues and The 3rd Degree Band, then enjoy the Takes 3 Band, who will be playing everything from pop to rock to country.  Full Spectrum Band, a classy, high-energy ensemble, will be putting out jazz, swing, blues, classic rock, R&B, plus current Top 40 and hip hop.

A full list of events and times is available at www.strawberryfestival.org